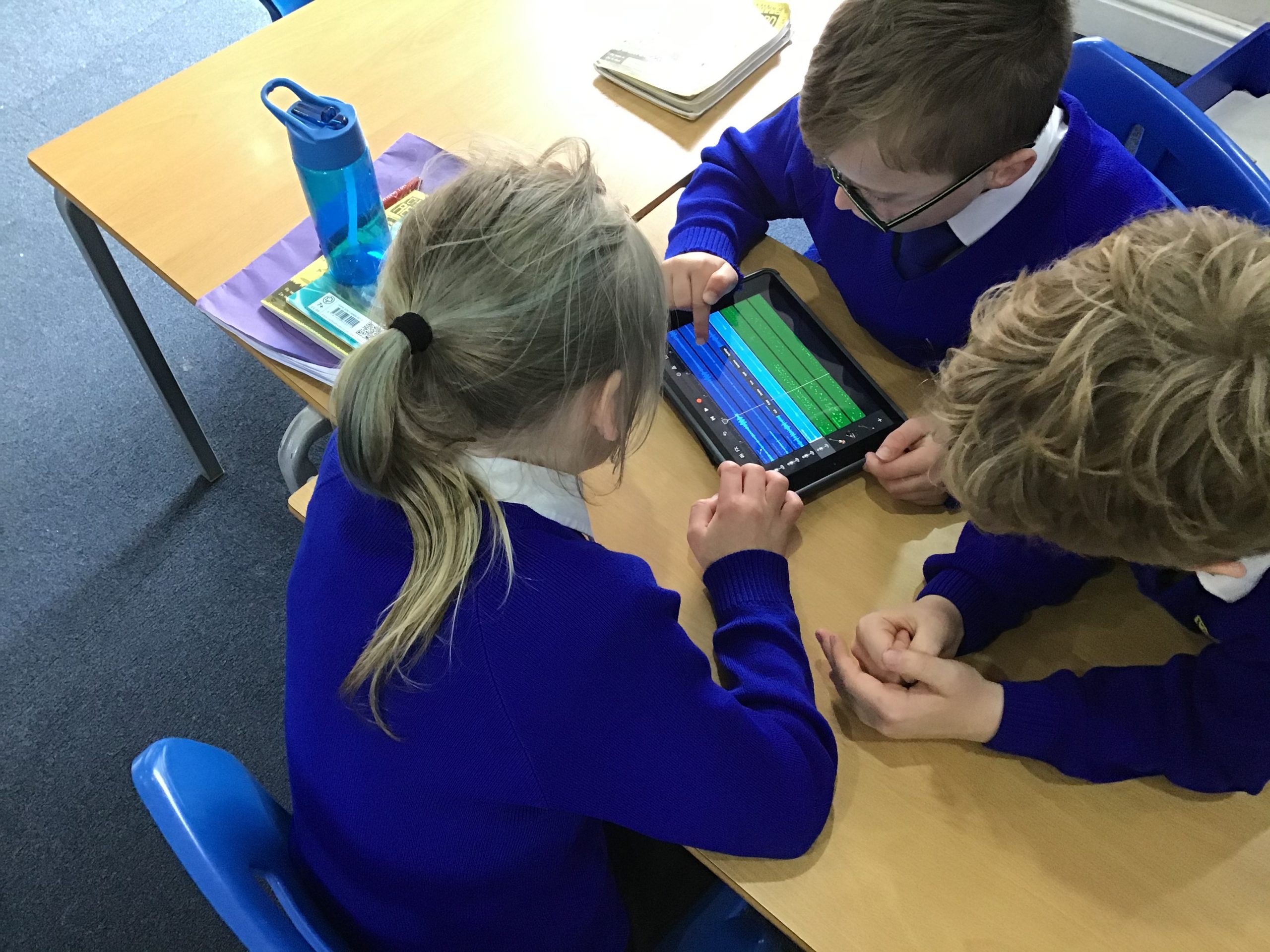 This term, Year Four have been learning to combine sounds and rhythms in our music lessons. After composing a range of different rhythms, we used GarageBand to record the rhythms which were played using a variety of everyday objects around the classroom. Using some studio effects and post production techniques, we edited the rhythm sounds and added melodic instruments. After we had recorded a short snippet, we then used a loop tool to repeat the rhythms. 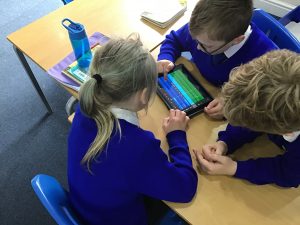 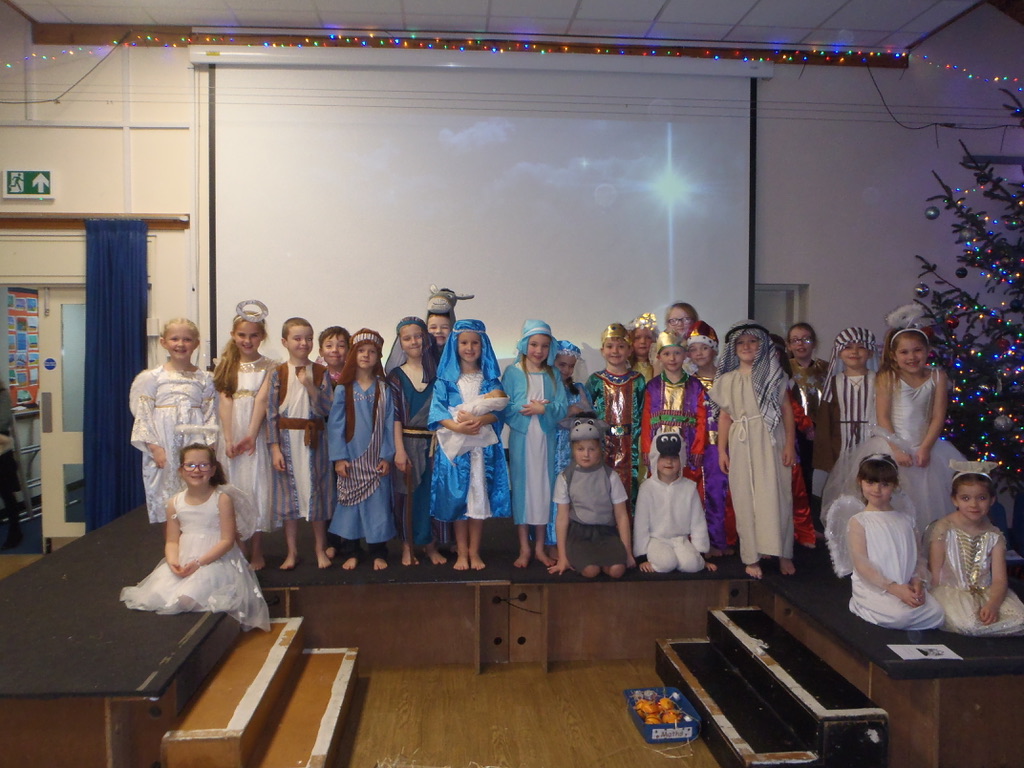 Classes 5 and 6 have been very busy over the past few weeks rehearsing for their Christmas performance. All children, from both classes,  have been working very hard to recite  words, learn many new songs and getting to  know when they are required on stage.

Well done Year 2. Mrs Ruffell & Mrs Daniel are very proud of you all. 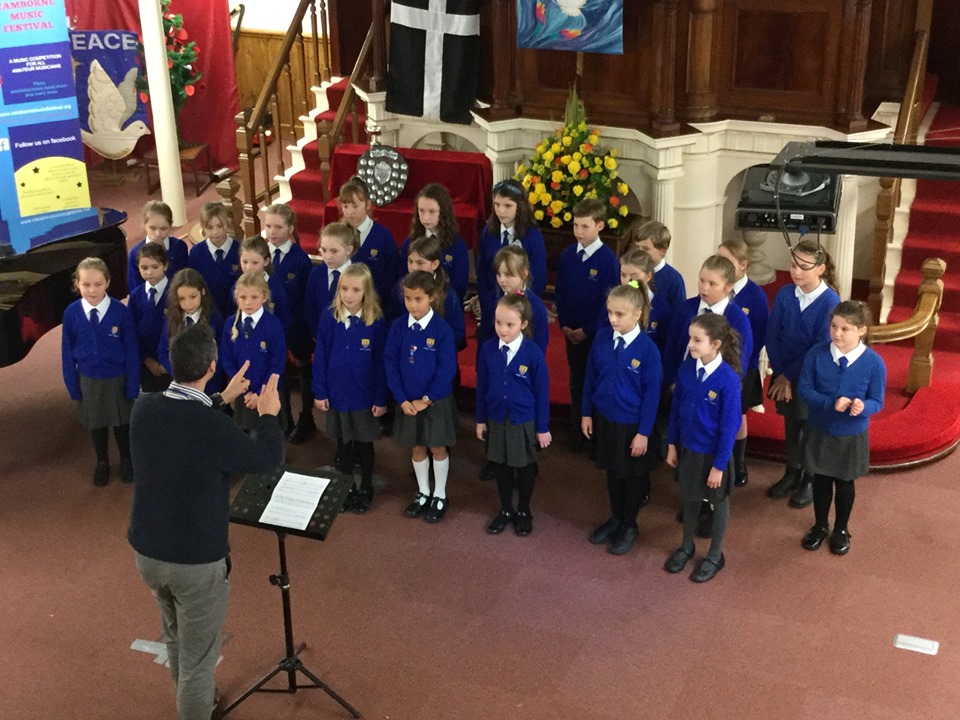 On Thursday 14th November, some of our fantastic KS2 choir represented Penpol School excellently at the Camborne Music Festival. The Choir sang two pieces, Human – by Rag ‘N; Bone Man and When I Grow Up from the hit musical Matilda, written by Tim Minchin. The choir sang beautifully and were well received by the audience and adjudicator, receiving 84 marks and being Highly Commended.

During the piece When I Grow Up, there was a well praised solo and a number of duets and small group parts which were highly praised and wonderfully sang by the pupils. We look forward to competing at the festival again another year.

The successes of our school choir have led to a record number of members, which now total a staggering 57 pupils in Key Stage 2. If you missed the performance of the choir at the music festival, please look out for future Christmas Concert dates in the coming month. We shall be performing at the annual Key Stage 2 Christmas Concert at St. Elwyn’s Church on 18th December, as well as other venues in the lead up to Christmas. 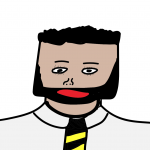 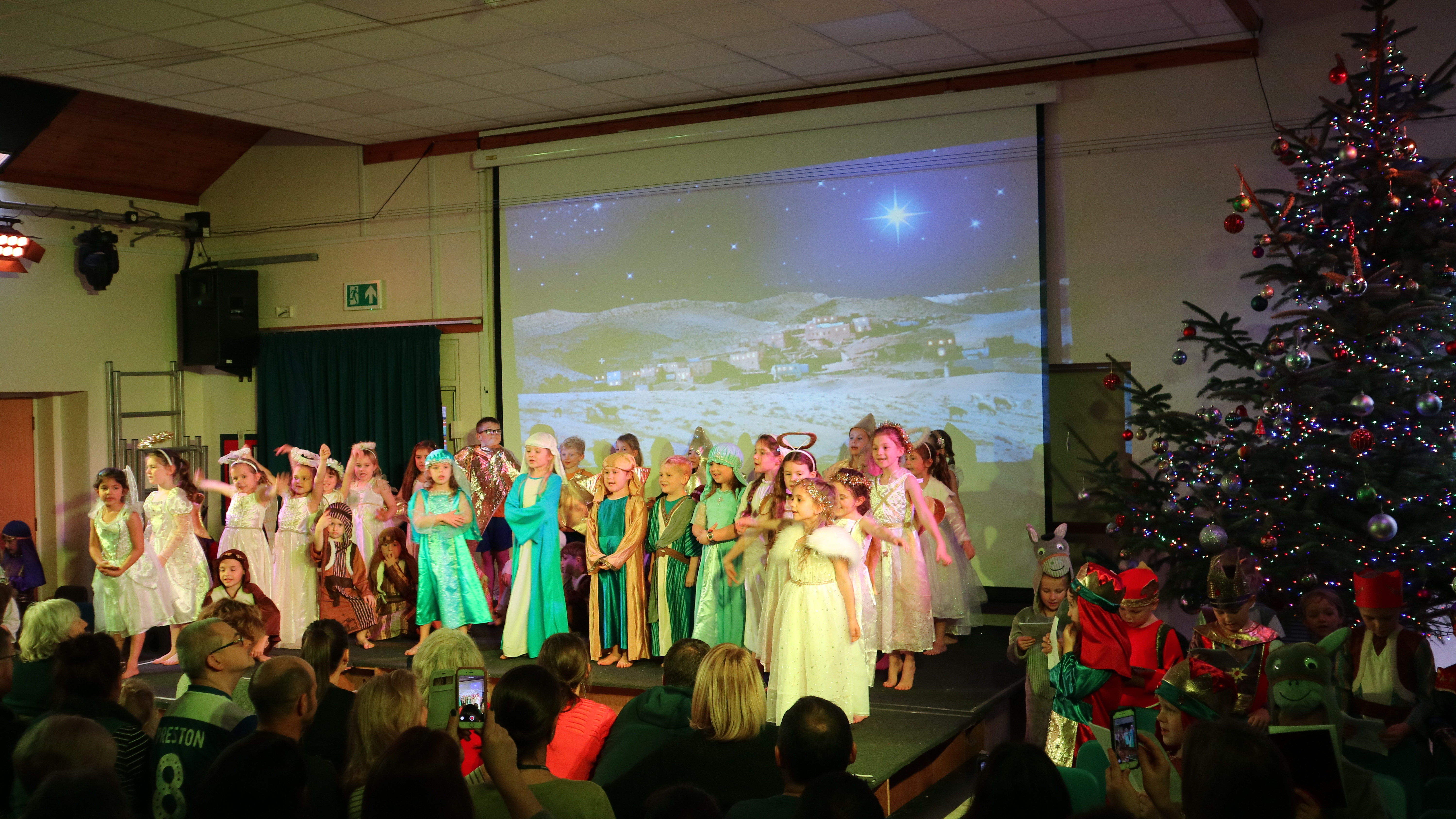 Classes and 5 and 6 took to the stage on 5th December to retell the traditional nativity story and there wasn’t a dry eye in the house.

The children from both classes, worked extremely hard to learn the words to many songs and readings and also to know when they had a part to play.

The performance was a complete success with all children demonstrating great confidence and stage presence. 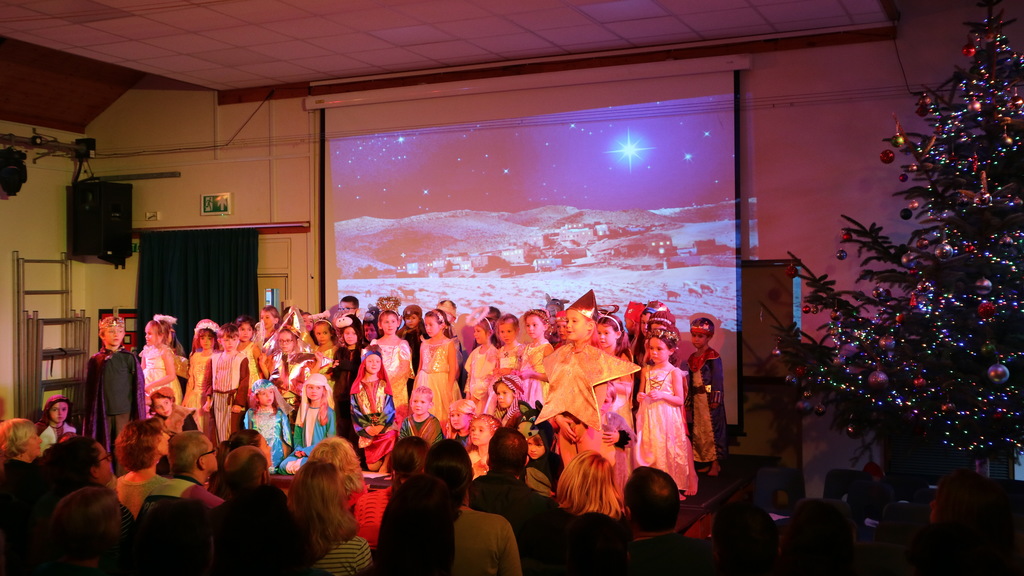 ” I enjoyed being a king and wearing a crown” – Tommy, Class 6

“I enjoyed learning my words and reading them out to everyone” – Rafaella, Class 5 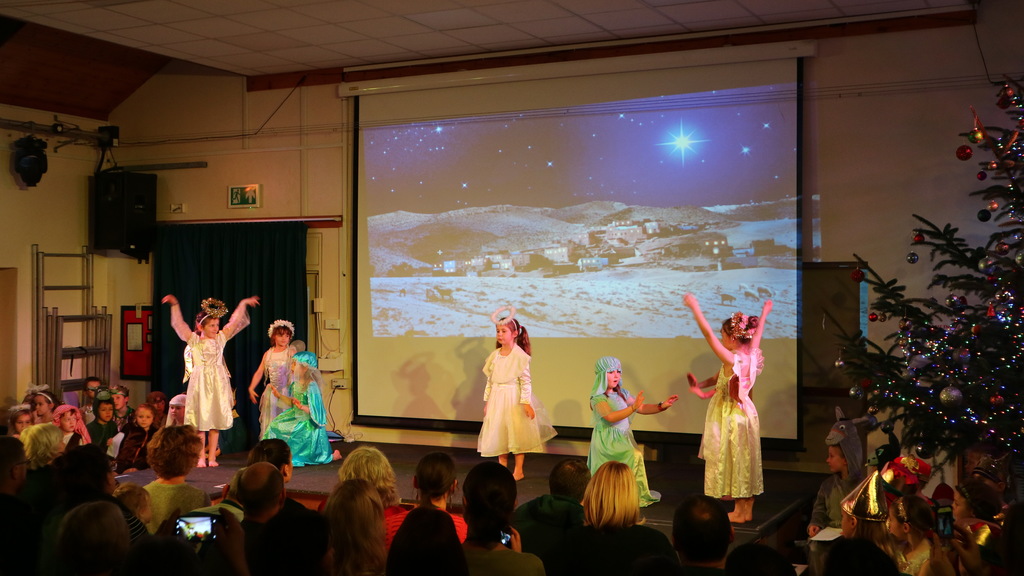 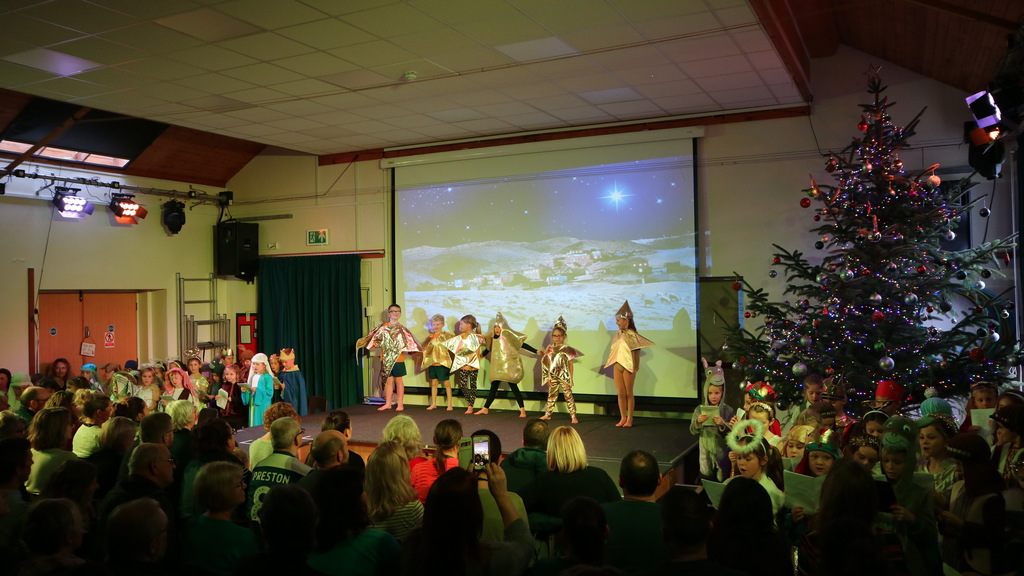 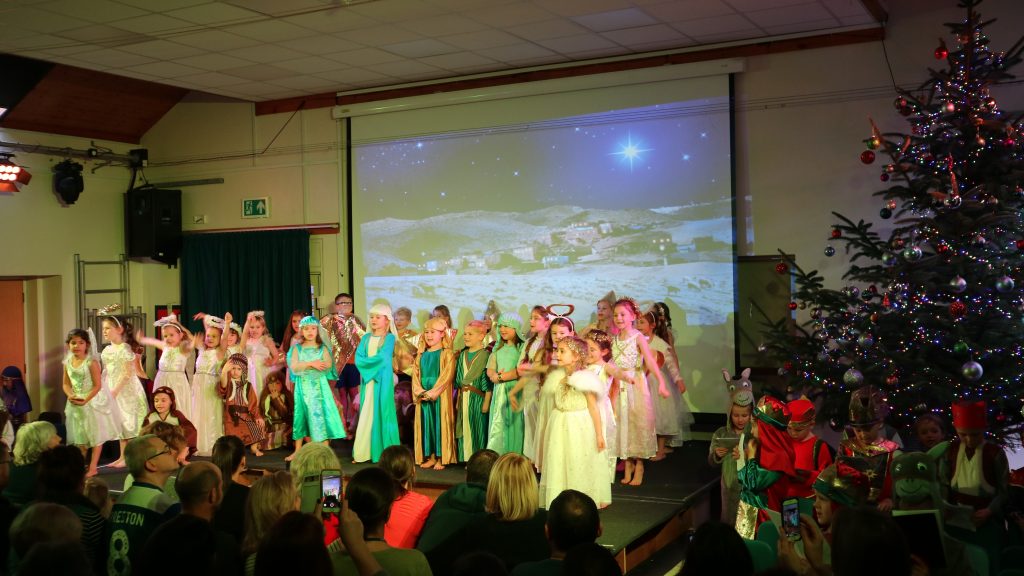 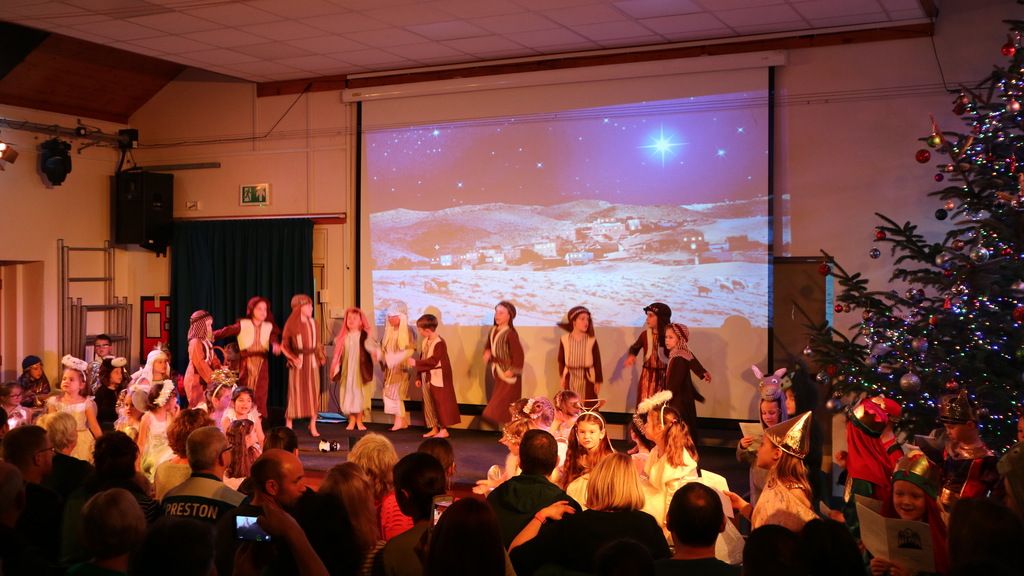 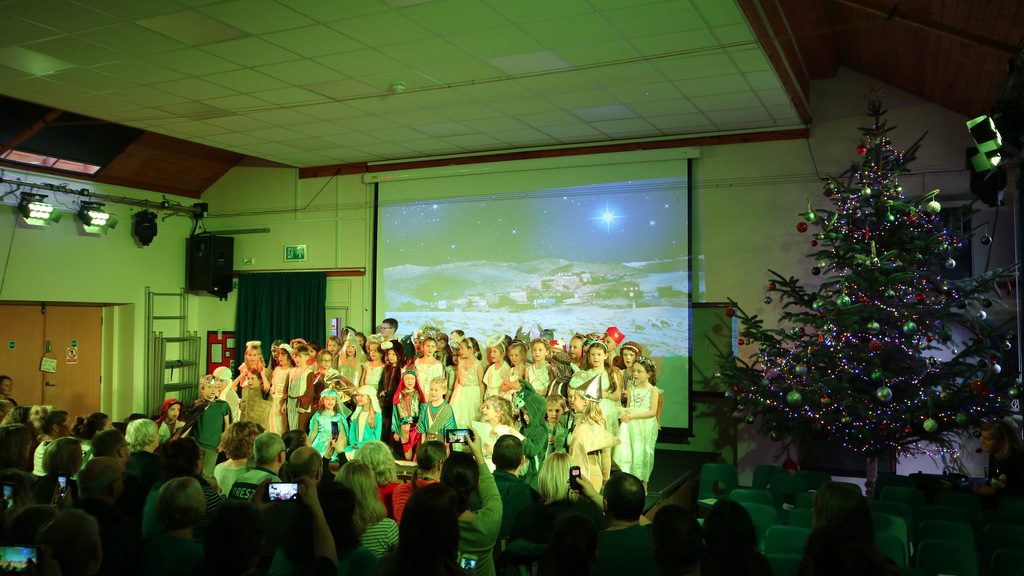 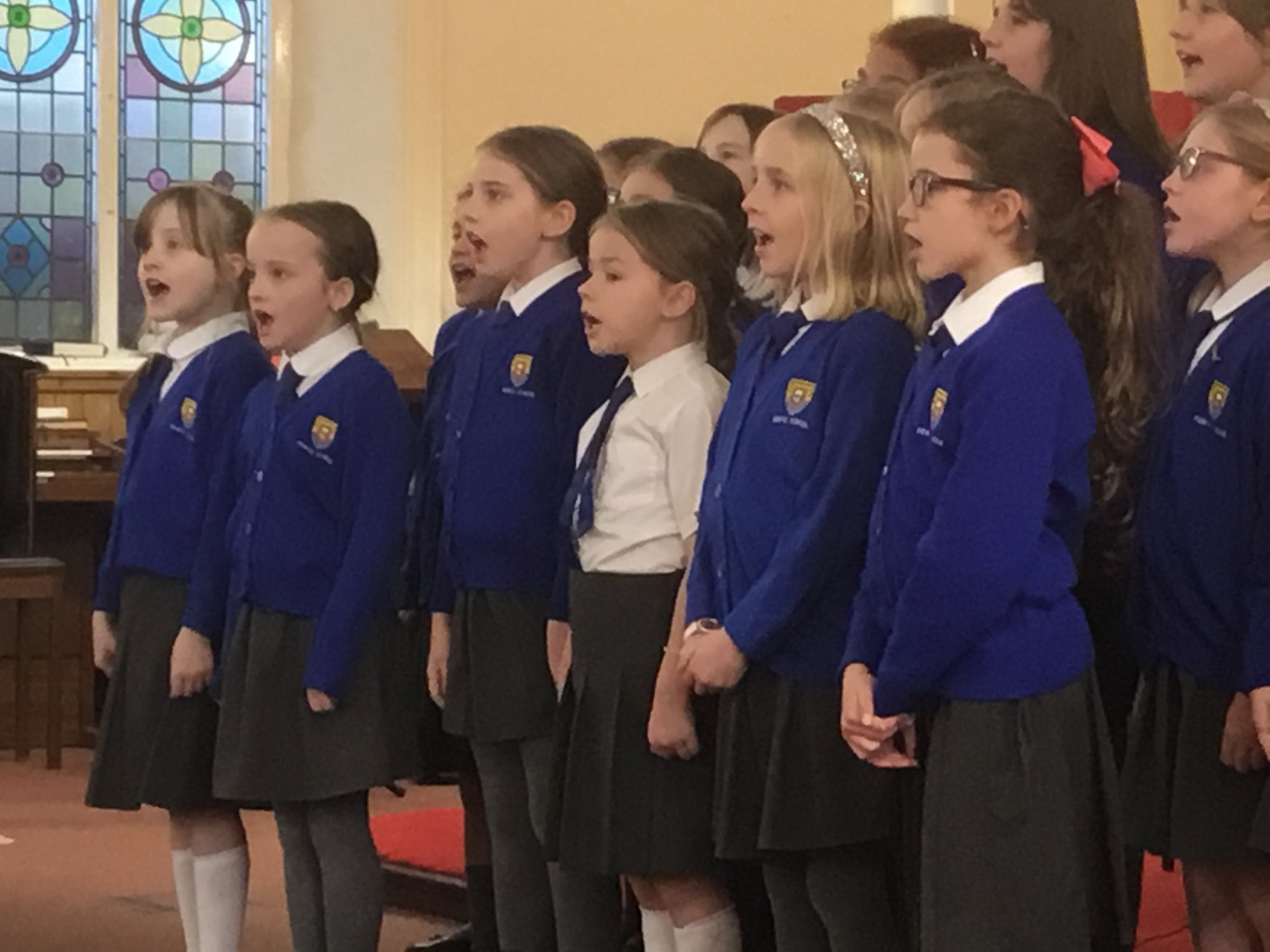 The Penpol Junior Choir has been busy preparing for this year’s festivities, rehearsing Christmas songs which are to be performed at a number of events throughout December. After working really hard to learn and polish the songs which were performed at the Camborne Music Festival, the choir have got together during a lunch time to record one of their favourite carols, The Sans Day Carol, to help get everyone in the mood. Please listen to the school choir and enjoy, whilst getting into the Christmas Spirit.

Watch out for the amazing Penpol School Junior Choir as they perform throughout December! 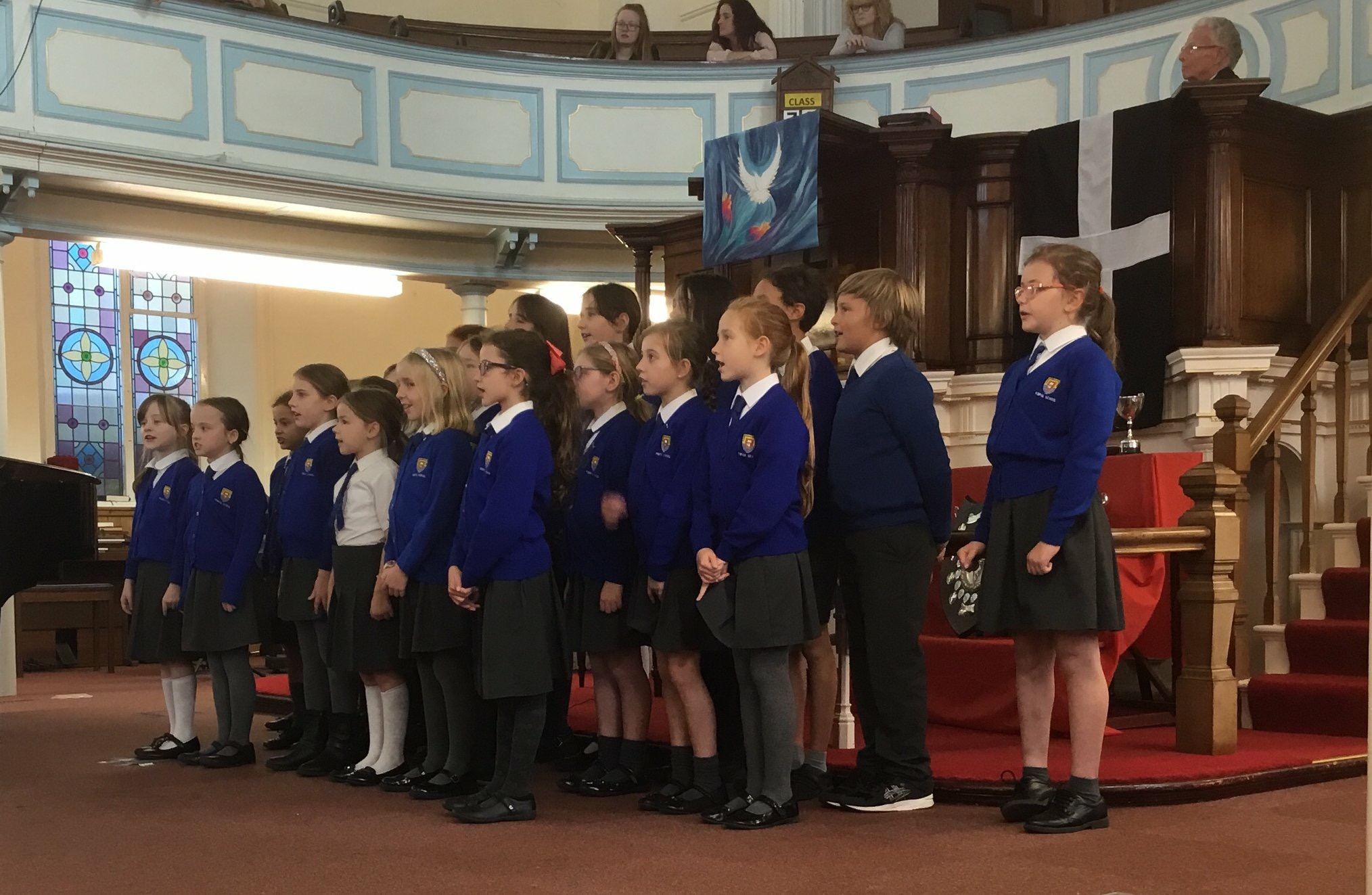 On the 15th November 2018, the Penpol Junior Choir participated in this year’s Camborne Music Festival. The children performed two songs, Touch the Sky and I’m Still Singing, with energy and confidence giving a fantastic performance to the adjudicator and  the audience. The choir were awarded with 168 marks (out of 200) and were praised for their energy and spirit and their great part singing. The children really enjoyed the experience and we look forward to the next Music festival. 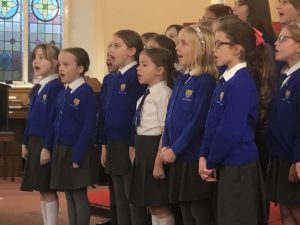 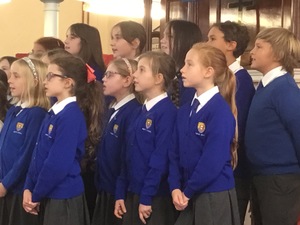 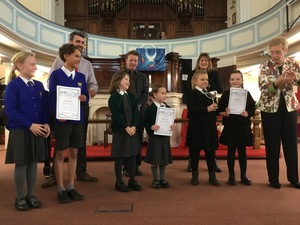 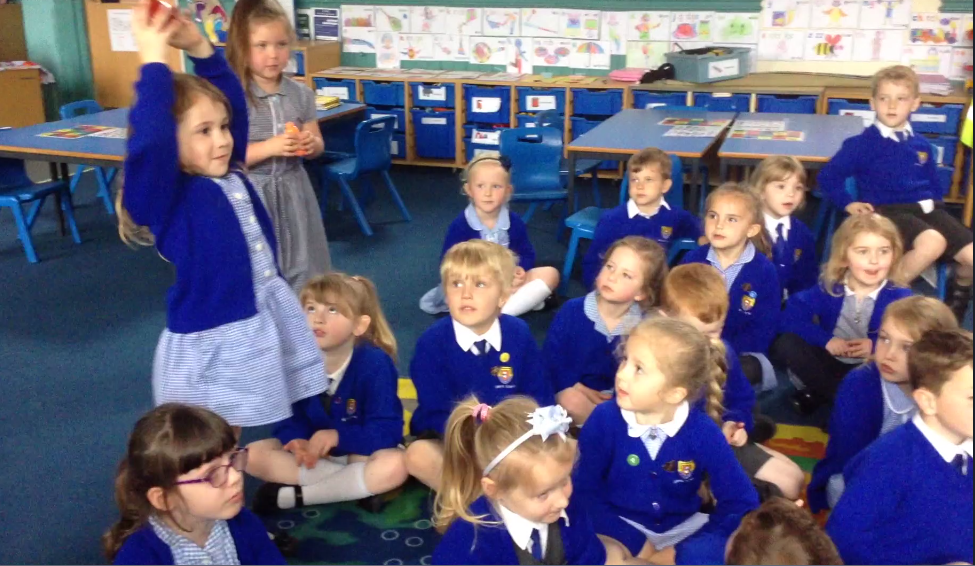 This term, Reception have been learning about food and drink in preparation for their French café lesson this week.

The children were brilliant at recalling different foods in French, saying which colour they were in French and also singing a song about food.  They also acted out the classic ‘le Bonhomme de Pain d’Épice'(The Gingerbread Man), with both classes joining in with the rhyme:

Classes 1 and 2 watched also got a taste of this week’s French café lesson.  They watched a short video of Classes 9 + 10 ordering food and drink in French and enjoyed the song so much they wanted to sing along.

Check out their efforts in singing the French song below… 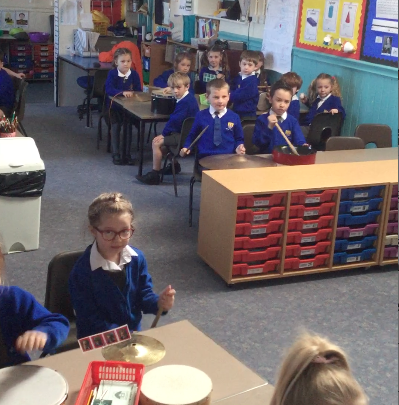 The children in Year One have been creating soundtracks for a clip of the classic cartoon Tom and Jerry. After watching the short 1 minute clip, they discussed what sounds they could make for each of the different elements. We focused on dynamics, discussing where it would be appropriate for loud and soft noises and timbre, developing a mix of sounds for the different elements.

I loved it, it was really funny – Ted Class 4 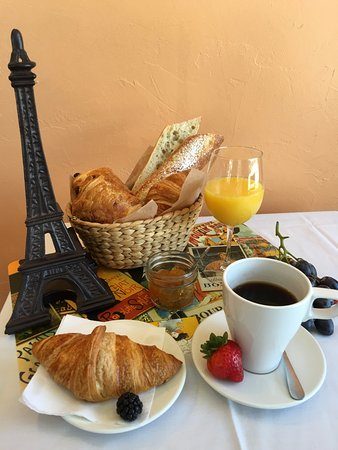 Having the confidence to order food and drink in French is fundamental to anyone wishing to visit France.  This week, Year 4 completed their final lesson on the topic of food and needed to use everything they had learnt to order and serve food at a french café.

I was nervous ordering in French at the beginning but now I feel much more confident.  Summer, Class 9, Year 4

Every student had a go at both ordering French food, as well as serving. Both classrooms were buzzing with French language, such as “je voudrais” ( I would like), s’il vous plaît (please) and the signature phrase “bon appetit” (used as a salutation to someone about to eat).

I definitely know how to order more in French next time I go to France! Oscar, Class 9, Year 4.

All of the students enjoyed the café atmosphere and certainly took pleasure from tasting the French pastries on offer with a glass of jus d’orange or jus de pomme.

I preferred eating the croissant today, it was tasty!  Freddie, Class 10, Year 4

Check out some of the children singing and ordering food in French below. 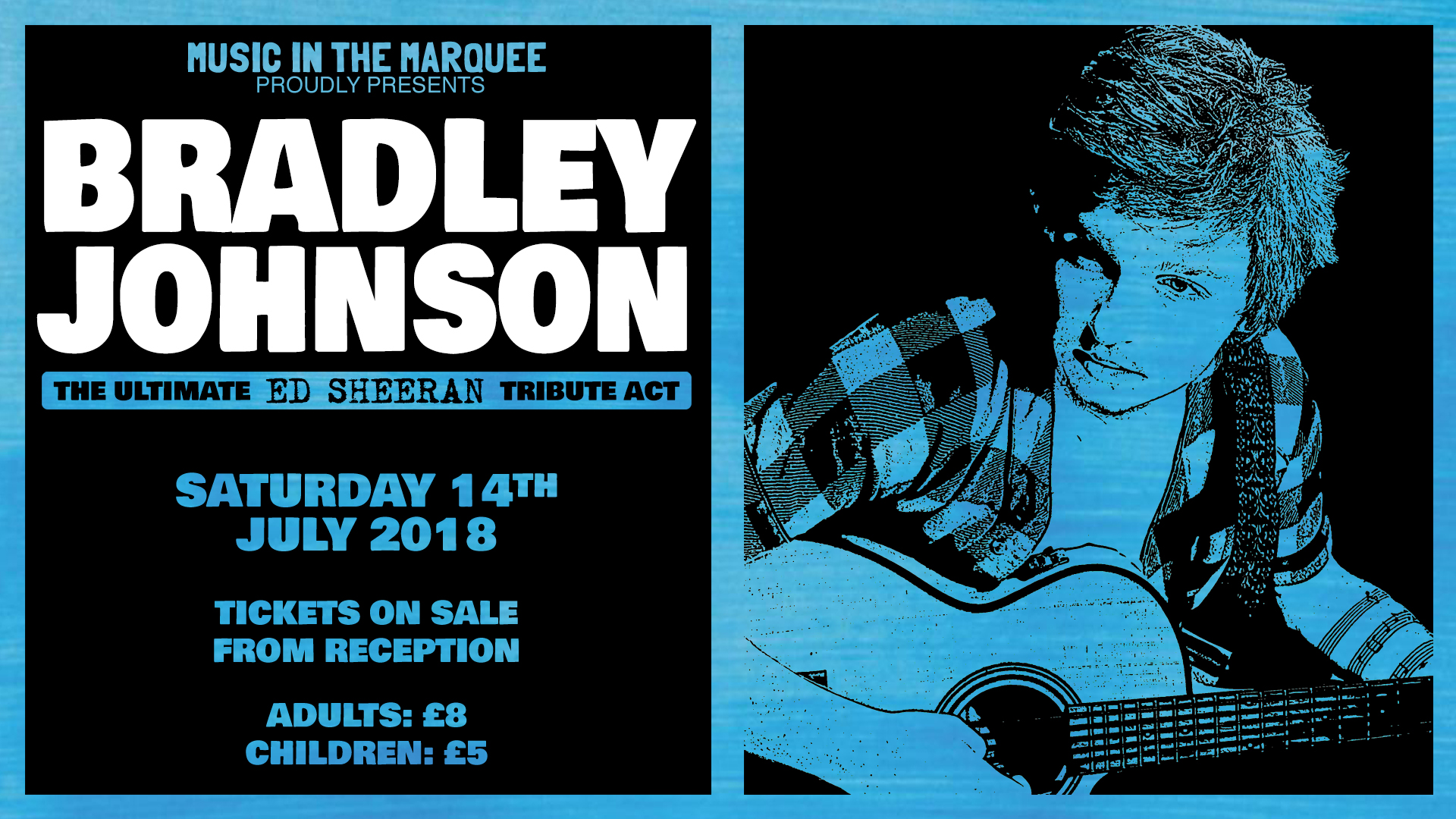 The last three years have seen sell out performances at our annual Music In The Marquee concerts from Bradley Johnson, Little Chix and last years Yellow. I’m delighted to say that this summer we will be hosting our fourth concert in the Marquee, featuring a somewhat familiar face…

Each year we ask the children which music they are enjoying and what sort of act they’d like to see play in our marquee at the end of the Summer term. This year the overwhelming majority of children told us they’d like to hear Ed Sheeran, with some of the older children asking in particular if Bradley Johnson could make a comeback. I am delighted to say that when I spoke to Bradley he was thrilled that we wanted him back to perform again.

So, for the second time, I’d love to introduce you to Bradley Johnson! Bradley is a singer/songwriter from Liverpool who first came to national attention as a finalist on the X Factor back in 2011 when he amazed judges with his version of Ed Sheeran’s The A Team. Since his television debut he’s been working on his own material and has been crafting his skills to become the UK’s finest Ed Sheeran tribute act. He made his first trip down to Cornwall for a sell-out show in our Marquee back in 2015 and can’t wait to come back again later this year. Bradley says: “I loved playing at your school last time, I still remember it as one of my favourite gigs. I can’t wait to be back again this year, with even more tunes for you all to enjoy!”

Bradley will be playing two sets of live music on the night, the first being a hit-filled Ed Sheeran tribute set including tunes both new and old including ‘Shape of You’, ‘Bloodstream’, ‘Thinking Out Loud’ and ‘Perfect’, followed by a later set which will also include other popular pop and rock covers as well as a selection of his own material. As always with Music in the Marquee his two sets will be accompanied by local support acts to round off the whole evenings entertainment.

Just like in previous years the event will raise money for the Penpol Friends Association and will also feature a fully licensed bar, BBQ, soft drinks, and food for everyone to enjoy. I hope you’ll agree that Music in the Marquee 2018 is already shaping up to be a phenomenal night of entertainment.

We are opening this event to the whole community, but want to give our Penpol parents the first chance to get tickets.  For this reason we’re offering you a special pre-sale of tickets, starting TODAY! Tickets are priced at £8 for adults and £5 for children.  Please note that all children must be accompanied by an adult.

Please return this slip and money to the office as soon as you can to secure your tickets. Music in the Marquee has been a sell out for the past three years and tickets will be on a first come first served basis. 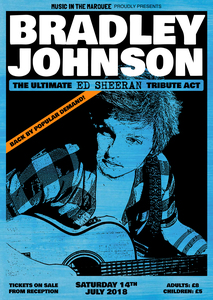 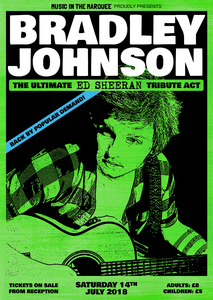 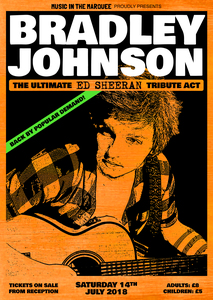 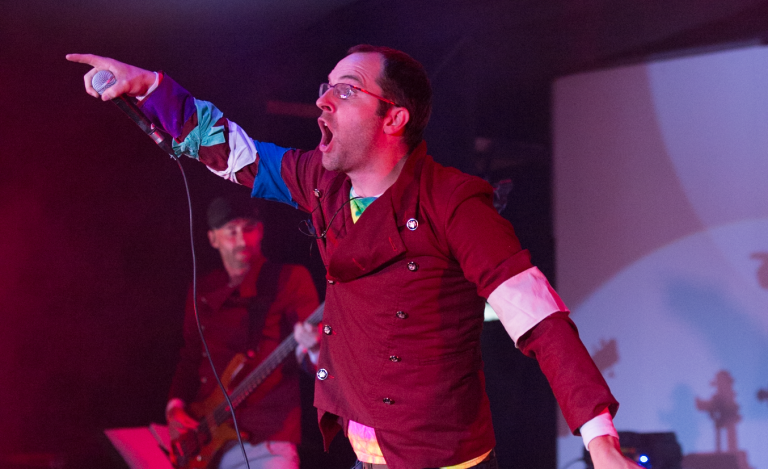