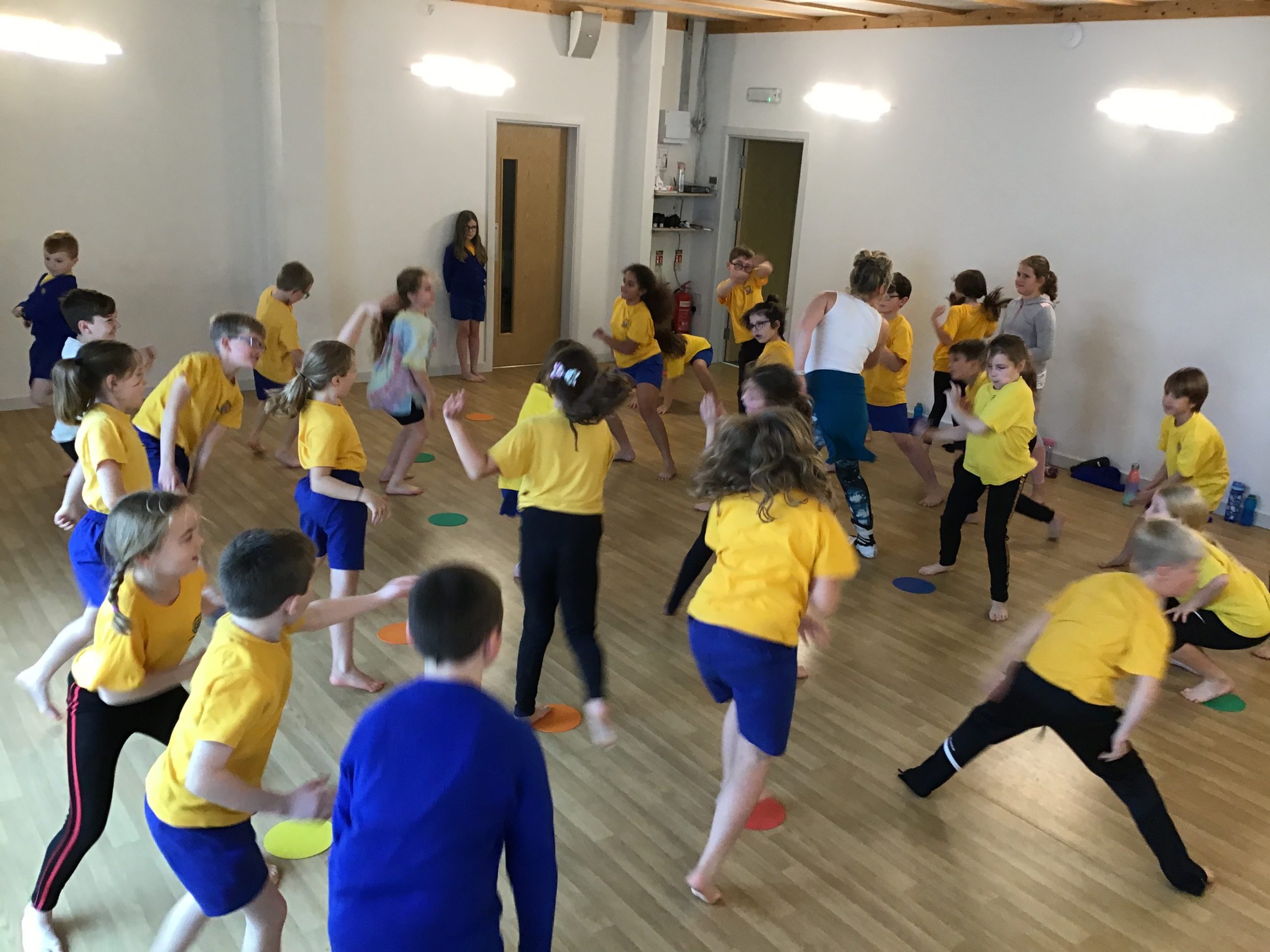 This week in Class 13 we have been trying different foods with extreme flavours and also finding out who in the class was a super-taster!
The children tried 85% dark chocolate, sour sweets, pineapple and lemon and recorded their results and whether they enjoyed it, before using blue food dye to count the fungiform papillae (the raised bumps on the tongue which hold our taste-buds) to see who had the most!

Jake – I really enjoyed finding out if I was a super-taster and I found out I had more taste-buds than my mum!

Owen – the lemon was really bitter!

Fungiform papillae are one of the special types of bumps found on the surface of the tongue. Fungiform papillaecontain taste buds (especially for bitter taste), temperature receptors and have a good blood supply. They are scattered over the top and sides of the tongue, mainly towards the tip.

To coincide with this terms science lesson, ‘Animal including Humans’ Class 6 had some very special visitors into their class room.

Mark’s Ark came into their class and brought with him a selection of very interesting animals. Through this visit the children learnt how animals use their senses to stay alive, where they originate from and which animals are cold or warm blooded. The children even got to handle the animals and even those, who were scared to start with showed great bravery by happily having the snake placed around their necks.

I really liked the lizard and feeling its skin – Isla

The snake was amazing and I really enjoyed having it laid across my lap.

Over recent weeks the children in Classes 10 & 11 have been scientifically investigating the Milky Way (and not the chocolate one!) more specifically our solar system.

This has included work on Planet Earth and the forces we have acting on it, The Sun and The Moon and its various phases. The children have been required to test not only their scientific thinking but also their mathematics as they have calculated the differences in gravity here on Earth and on our only permanent natural satellite.

“My favourite part of the science we have been doing in class is hard to choose but it is probably making up rhymes about the planets in our solar system.” Ines, Class 10

The next stop for our budding young space explorers was Mars, our closest planetary neighbour in the Solar System. On Friday Year 5 mixed themselves into groups including children from both Class 10 and 11 and undertook a Mars themed science challenge day.

The first task for the children to complete was a test of their recently learned orienteering skills as they had to find 18 words hidden around the school. Using a map, listening to and working with each other they had 15 minutes to collect as many of the mars themed words as possible.

Throughout the course of the day each team had a checklist containing our learning to learn skills: listening, reflecting, communicating, persevering and working with others which they were required to display in order to complete their mission.

These were tested before break time as the teams needed to use their recently discovered theme words in order to complete a piece of non-fiction writing about the red planet.

After collecting information about Mars the children were then ready to prepare for their mission.

Once the children had read and accepted the terms of their contracts they were required to, as a team, design, plan and build a Mars lander suitable for landing an egg in the playground.

“Science in Year 5 has been amazing so far! My favourite part of the challenge day was when we tested our landers in the playground!” William, Class 10

Considering only 20 of the 43 Mars missions have ever returned information back to Earth the teams of children did very well, landing 8 out of the 9 character eggs successfully. After nervously waiting to find the fate of their egg, we discovered Barbie Egg, Rockstar Egg, Santa Egg and Rudolf Egg had all survived. Ironically Astronaut Egg was the only fatality.

However being a space race, their had to be a winning team and that team consisted of Leo, Taran, Alex, Sammy and Finn as their egg didn’t break, their lander weighed the least at 75g and they completed their checklist by demonstrating all of our Learning2Learn skills.

In connection with our science topic on ‘Materials’, Class 5 was really lucky to have a visit from Jazmin’s aunty Caroline. Caroline is very creative and she makes absolutely marvellous wicker pieces, from baskets to lobster pots.

During her visit she brought in examples of her craft and even showed us how she makes them. We learnt so much about this ancient craft and are now weaving fish using a wicker frame and raffia. It’s not as easy as it looks, as the children are discovering, we’ll let you know how we get on and will post some photos of the finished product!

This term we’ve bought a whole classes worth of BBC Micro:Bits to use with Year 5 and 6!

These tiny computers are incredibly clever and already we’ve had classes using them to make compasses, thermometers and little pocket-sized games.  These Micro:Bits have proved such a hit in the last few days that we’re going to make sure everyone in Key Stage 2 gets the chance to learn to code with them this year, starting with Year 5 and 6.

While the children are used to coding using Scratch on the computers, being able to make programs which run on these little devices is even more exciting as they can be taken outdoors and used just about anywhere.  Over the year we’ll be using our Micro:Bits for science experiments, music lessons and more.  We’ll also make sure they’re available to use at lunchtime Code Club incase anybody wants to try making their own ideas into reality using the Micro:Bits.

In connection with our Science and Geography topics this term, the children in Year 2 were given some suggestions on what they could do for optional homework. These ideas included:

Dinner for the family

Eloise decided to show off her very talented cooking skills by making a delicious pasta dish for her family.

“I really like cooking and everyone loved their dinner and ate it all up.” – Eloise

Several pupils decided to have a go at making an igloo. The children were very creative and came up with very inventive ways of building their igloos.

“It took about half a week to make and I think its really good.” – Myles

Eloise made a smaller one out of clay and painted it, complete with a fierce polar bear! She said she really enjoyed making it.

“My sister helped me but clay is a bit messy and it got everywhere!” – Eloise

Thomas’s igloo was made out of cotton wool and papier-mâché. It took most of an evening to make and even has a little light in it which looks like a fire.

Christmas is fast approaching and one of the options for homework was for the children to make a table decoration.

Jazmin, Myles and Samuel all made these amazing centre pieces which will proudly grace their tables on the big day!

“I only needed help with the glue gun, it’s good!” – Jazmin

“I needed help with the sand in the jar as it was a bit tricky, it’s definitely going on my table at Christmas!” – Myles

“I did it all by myself except for the glue gun bit.” – Samuel

The children also got to meet some of the animals and a very special visitor who was working hard to scare off the birds!

This term Class 8 has been learning all about electricity in science.

We have been looking at how electrical circuits work and our class has even created their own light up pictures.

We firstly came up with a design for the pictures.

These designs were all very original and ranged from faces to animals to cartoon characters.

We then used our knowledge of electrical circuits to write plans on how to make the pictures light up. Then we created the pictures and used batteries, wires and bulbs to make them light up. We showed off our scientific knowledge by drawing the circuits using the correct symbols in our books.

We hope you are as impressed by our hard work and finished products as we are.

The reception children have been learning all about the different seasons this half term. They had a great time collecting Autumn leaves from all around the school. They made some super hedgehog pictures with the spiky leaves they foraged for. “We made hedgehogs with leaves because in Autumn the leaves fall down and they change colour,” said Louis.

“It gets colder. The animals hibernate they sleep all through Autumn and Christmas,” Imogen tells the class.

Maisie adds, “They wake up in the Spring.”

“It was cloudy everyday.” Amelia reported.

Caitlyn added, “I like it when it’s sunny because I like playing with my sister outside. I played inside because it was cloudy and cold.”

As part or their science topic this term, Class 5 were learning all about healthy eating and the meaning of a balanced diet. The children brought in the ingredients of their choice to make a healthy sandwich and they were delicious!