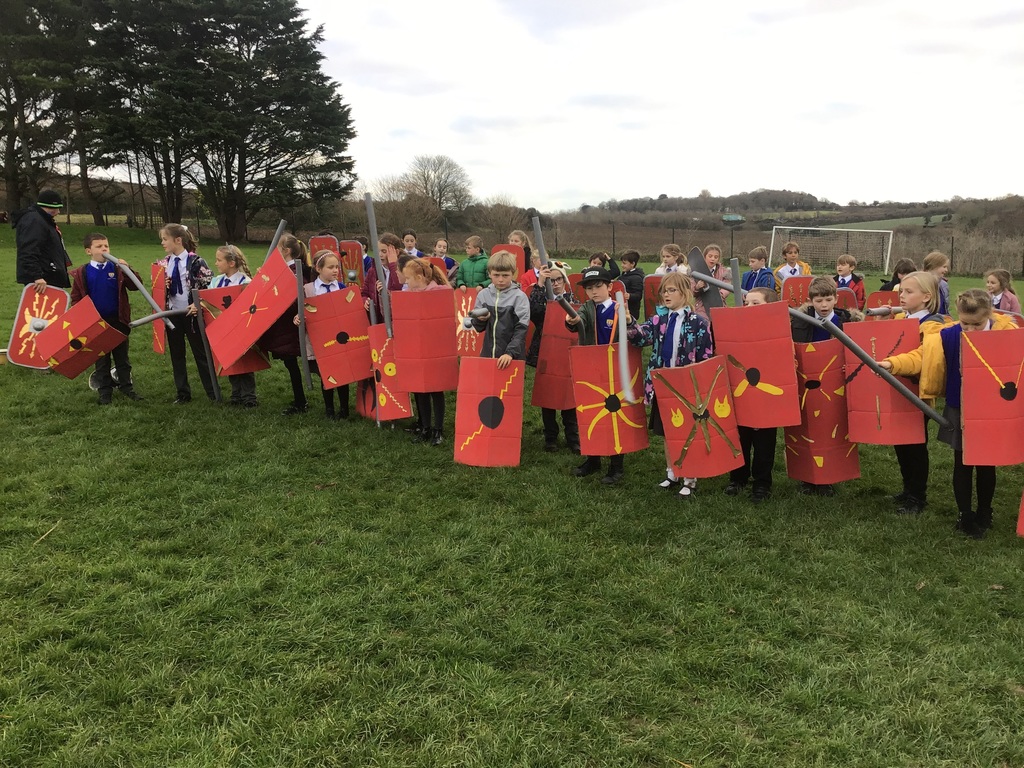 During December, year four children at Penpol school had a Roman Themed week. They did lots of activies like making and designing a Roman shield and film making.

On Monday The children made and designed a Romanshield out of cardboard Lula age8 said “It was very fun and interesting.” On Tuesday they made flat bread with honey and Sesame seeds.

On Wednesday, A Roman legionnaire came in hetold the children how to play Roman games like the Hadrian‘s wall card game and a Roman top trump game. Connor, age 9 said “It was scary and fun”.

On Thursday They had a dress up day they dressed up like Romans are using the shield to makea shield wall on Friday they madeMosaic me some coloured paper based on a template Ellie age 8 said.”It was great,”

It looked like year four had an amazing week, lucky them.

During the first week of December, year four pupils from Penpol School inHayle, had an amazing Roman themed week. The week was filled with lots of Roman activities from Roman shield making to filmmaking. The week finished with a dress up day and mosaic making.

On Wednesday, a Roman legionnaire came in to teach the children about life in Britain and Hadrian’s wall and what happened.

On Thursday, the children dressed up as Romans.the children made a Roman timeline animation. Lula aged 8 thought it was very entertaining.

On Friday, the children made Roman mosaics. They designed the mosaics, then got strips of paper and cut them in little squares to make an object out of the little squares.

The children made Roman shields, tasting Roman food, meeting a Roman legionnaire ,dressing up ,making an animation and a mosaic. The best one was making the animation. What an amazing topic! It sounds like year 4 are going to have many exciting topics to come in the future. 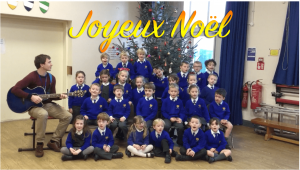 Class 4 light up Christmas with French and German songs 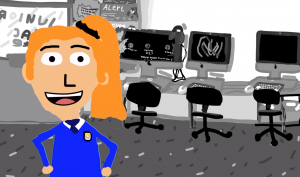 Class 13 create their own E-Safety animation! 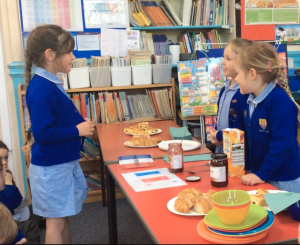 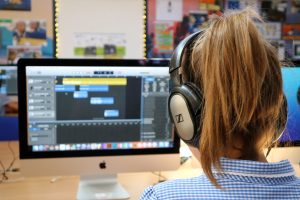 Class 9 are Making Music with GarageBand 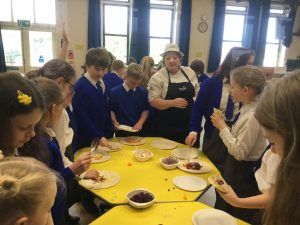 Cooking with Chartwells an enjoyable treat for Year 5 and 6!