The following letter has been composed by the 17 counties involved in the Worth Less? campaign for fairer funding for schools. It includes a fact sheet which reflects the impact the current funding crisis is set to have on local schools, including Penpol School.

Following the Secretary of State for Education’s announcement about school funding on 14 September 2017, Headteachers working across 17 counties – from Cornwall to Norfolk – believe that you have the right to know the facts that will affect your child’s education for years to come.

The attached information factsheet draws only from information provided by the Department of Education and the Independent Institute of Fiscal Studies. The implications of the newly announced funding formula are profound.

It should be acknowledged that introducing a new national formula was complex and challenging. This Government is the first in a generation to try and grasp the nettle. Schools that have previously been at or below the “breadline” do receive some improvements to their funding position, but the universal view of Headteachers across the 17 counties is that this is not enough to make a real difference.

In July 2017, the Government announced that schools would benefit from £1.3 billion of additional funding. This does not, however, make up for the £3 billion overall reduction that was already announced and planned for 2015-20.   Over a five year period, there is a shortfall of approximately £1.7 billion. The Institute of Fiscal Studies states that during 2015-20 school budgets will have been cut in real terms by 4.6%.

This means that there is simply not enough money in the system. As a result, the Department for Education is unable to implement a new funding formula that meaningfully addresses the two principal aims of their new policy. These are, firstly, to fund all schools adequately and secondly, to ensure that schools with the same socio-economic / school based characteristics in one area of the country will be funded the same as another in a different part of the country.

So, how do the new arrangements work?

Instead, due to the £1.7 billion shortfall, the new funding formula is now dependent on a series of limits (capping) to either how much a school can gain or potentially lose from the formula. The caps are largely arbitrary and mean that any new per pupil funding is often based on the previously discredited formula.

Better funded schools gain funding protection which means that their relative positions are unaltered.  We have no real issue with this.  Schools such as ours know how challenging and difficult it is when budgets are reduced and squeezed to the limit. The problem is, however, that in order to fund these protections the Government is limiting what many other low funded schools will be able to gain under the new formula.  Crucially, these differences will not last for a year or two, they will last for years and years.

What does this mean for our schools?

The examples shown on the attached factsheet are truly shocking. Parents and Carers need to be clear that schools in very similar socio-economic areas will continue to have entirely different levels of funding. This often amounts to hundreds of thousands of pounds in the primary sector and even millions of pounds across the secondary sector each year.

Far from being resolved, your child’s education will still be at the behest of a post code funding lottery. Some schools with the same socio-economic characteristics will be able to afford teacher/pupil class sizes of 20, whilst others will have to make do with 35. Some children will have three Teaching Assistants in their class, whilst others from similar backgrounds in a different part of the country will have none.   At the end of the day though, all pupils will take exactly the same Key Stage 2 tests and go on to take the same maths and English GCSEs. Their futures are simply not being fairly catered for.

By the same token, “similar schools” with entirely different budgets will be made accountable via identical league tables and OFSTED inspections. How can this be fair or reasonable?

So what do we do now?

As stated previously, costs will continue to rise and again differently funded schools will have different abilities to soak them up. All school budgets will be under severe pressure, but some will be under much greater strain than others.

As Headteachers, we simply want to see every child’s school in England, funded adequately. It is not about all schools receiving identical amounts of money, but it is about the fair application of a formula right across the country

We recognise that there has been some improvement to our budgets and that as a country we must live within our means. We cannot, however, suggest the new formula is, in any way, satisfactory. The finances of very low funded schools are still insufficient to provide the service that your child deserves.

Your influence as parents/carers is utterly vital. Please discuss these issues with your local MPs and local representatives. There are also many active local parent groups who you can engage with. We will continue to lobby vigorously too and provide further updates shortly.

On behalf of 17 counties 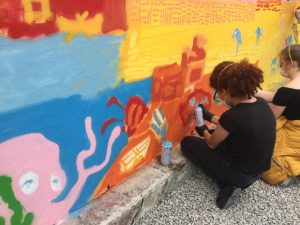 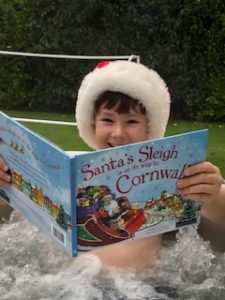 “You can find magic wherever you look. Sit back and relax, all you need is a book.” – Dr Seuss 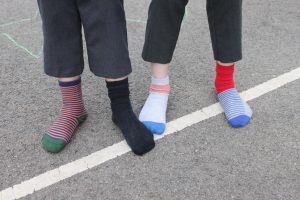 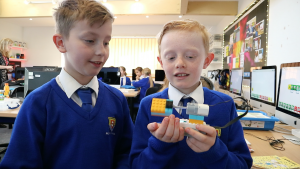